Once the baby leaves a dark and comfortable small place where he or she spent 9 months and is born, they suddenly find themselves in a bright and noisy new world. You wonder how they see such world at that time. A short answer - almost not at all, actually very blurry and unclear. But very soon that will start to change. 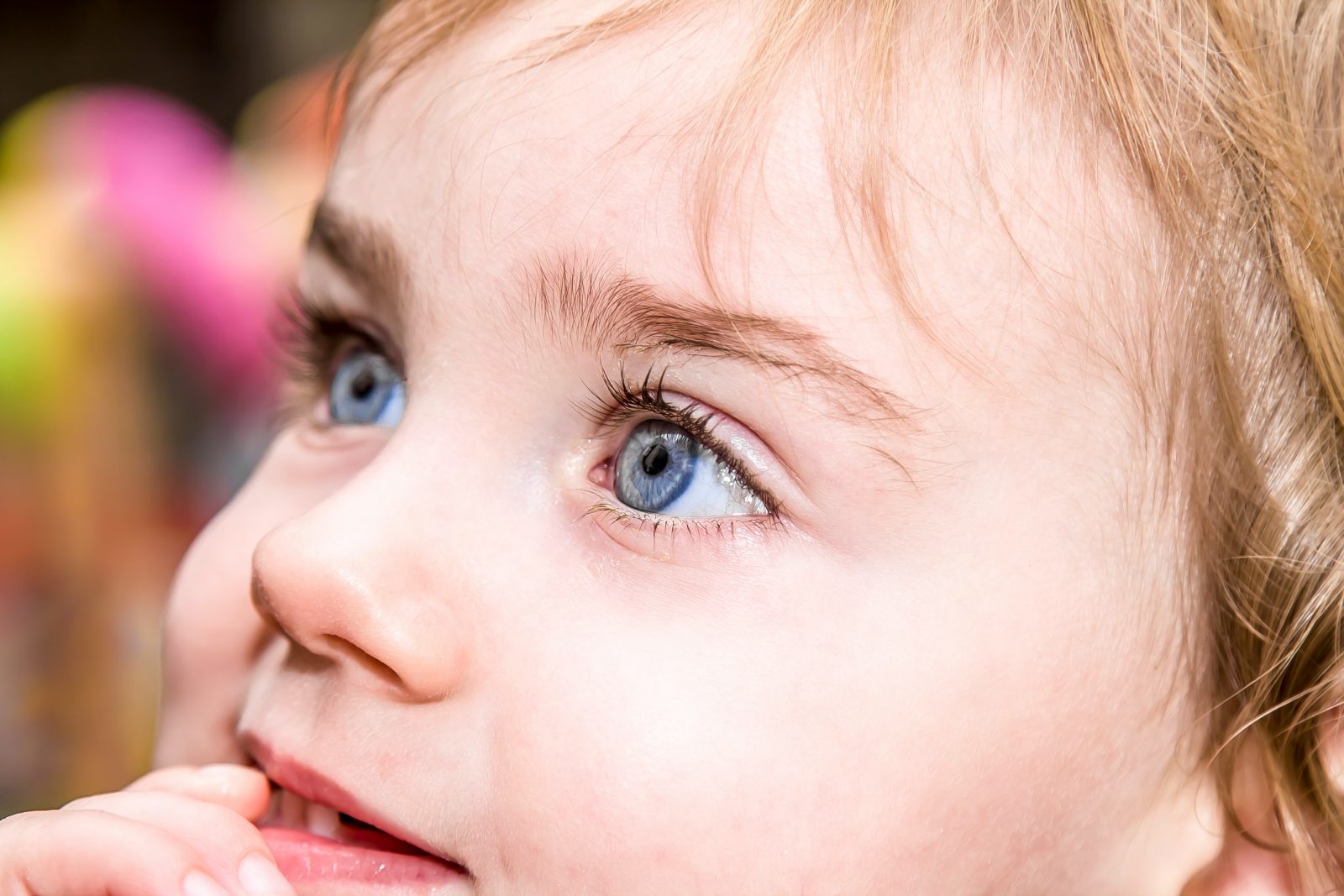 During the first six months, the baby’s vision develops rapidly, which is logical given the fact that its development is closely related to brain development during this period. As the brain matures, so does the visual development in children.

The eye is a complex organ the development of which is influenced by numerous factors. These factors may come from the external environment, but may also be internal, that is, may be related to the supply of the baby’s body with nutrients.

The retina is made up of nerve tissues. It is the deepest layer in the human eye, which is photosensitive. The retina responds to the rays of light entering the eye and its role in the visual system is of utmost importance. All the incoming light rays collected in the retina are transformed and transmitted through the optic nerve to the brain, which transforms this impulse into an image.

This unique layer of the eye is made up of ten layers. One of them is photoreceptors. DHA, omega-3 fatty acids exactly, are one of the major building blocks of photoreceptors (35-50%).

Therefore, the supply of DHA is very important, especially in the first year of life during a period of rapid eye and visual development.

Visual development during the first months

In earliest period, during the first two to three months of life, the baby will begin to recognize faces. However, be aware that during this period his or her vision is still blurred. If the baby is born prematurely, it will take a little more time for the baby to focus your face.

Although one cannot say with certainty to what extent babies are able to distinguish colors at this earliest period of life, they certainly can distinguish shades. It is precisely because of the stimulation of visual development, but of the brain as well, that when furnishing a baby’s room, priority should be given to furniture and equipment in contrasting colors and in different patterns.

The baby may see further and further

After the third month, you will notice that the baby is slowly starting to follow everything that is happening around. As time goes by, around the third or fourth month already, the baby will be able to see what is happening even a few meters away, so he or she can observe events at the opposite part of the room. So, they begin to see further. This ability will continue to develop all the way up until the first birthday.

Baby follows with their eyes

After the fourth month, the baby will be able to follow movements that are faster and to notice the depth. Although hand-eye coordination still does not allow this, the baby will try to catch objects moving in front of their eyes. At some point, the baby will succeed, and over time, it will become easier and more coordinated.

The eyes moving at the same time

Perhaps one of the most exciting moments when it comes to visual development is the stage when baby’s eyes start moving at the same time, because that is when the perception of depth develops. The beginning of this stage is also expected in the period when the baby is 3 to 4 months old.

This momentous event is exciting just because new changes allow the baby to finally recognize your face much more clearly than he or she could before.

During the first year, the baby will also begin to notice colors, especially red and green, in addition to shades. It may even find one colour more pleasing than others he or she sees.

And as the baby looks in a fascinated manner at the candle on their first birthday cake, be aware that he or she sees the world around just like the adults in their surrounding singing “Happy birthday to you” at that moment.
http://www.whattoexpect.com
http://www.aoa.org