How black elderberry works on viruses

As studies have shown over the last few years, black elderberry fruit extract has an amazing effect on viruses. 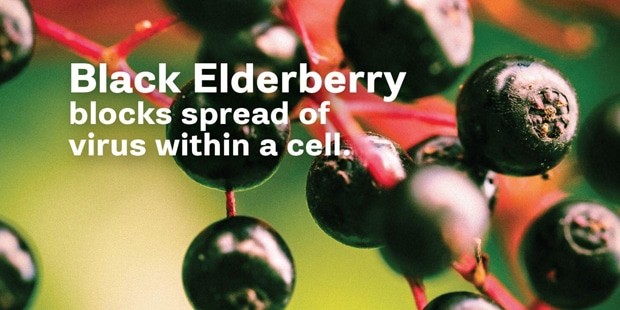 The mechanism of the effects of black elderberry on viruses

According to one recent study * published in the American peer-reviewed journal called the Journal of Functional Foods, it has been proven that the components of the black elderberry fruit have a direct effect on the virus in two ways:

The components of the extract prevent the virus from binding to the cell in two ways – directly and indirectly.

2.The elderberry fruit extract prevents the virus from spreading in the cell

With its direct trait, which manifests in the early stages of viral infection, black elderberry blocks key viral proteins responsible for binding to cells but also for entry into host cells. By blocking the viral cycle in the first stages, the chances of the virus stopping are increased.

Studies have confirmed the effects of black elderberry

Numerous studies and analyzes have confirmed the healing ability of black elderberry and found that its fruit contains over 40 active ingredients, flavonoids, polyphenols, minerals and vitamins, which combine and successfully fight viral infections.

A little over 20 years ago, a survey was conducted ** during a major influenza epidemic in Panama, the purpose of which was testing the effectiveness of elderberry extract in treating influenza. All subjects had the flu, and were divided into two groups: the first group received the elderberry extract, and the second received a placebo (“sweetened water”).

It should be noted that elderberries should never be eaten raw because they are toxic and can cause poisoning. They are harvested only when they are fully ripe. By thermal treatment, the toxicity of the berries is completely destroyed, so the preparation and the way in which it is done is very important. Due to the toxicity of the fruit, it is not advised to prepare it yourself, but high quality fruit extracts, produced under controlled conditions, with modern technology are always recommended.